The History of the Unity Party

The Unity Party grew out of the grassroots group named Runners for Clark which supported General Wesley Clark’s 2004 presidential campaign by raising campaign contributions and awareness of Clark’s run for the presidency; Runners for Clark morphed into Unity Runners, which set out to support Centrist candidates throughout the country. As support continued to grow with this cause, we recognized there was a large gap with the major American political parties to appeal to Centrist voters that didn’t necessarily adhere to any particular ideology, other than Common Sense. As such, the right next step was to found the Unity Party on November 4th, 2004. From there, Unity Party of America candidates ran in 2008 and again in 2010. By which point, the Unity Party had expanded beyond just Colorado to a total of 27 states. Over the last Decade, the Unity Party has continued to expand from 27 states to 46 states today.

Today, the Unity Party is continuing to expand into the last remaining states (and Washington D.C.). If you are in one of these states and are interested in seeing the option of Unity on your states ballot we would be excited to work with you!

The Centrist is the official publication of the Unity Party of America, promoting Centrist principles.

According to Wikipedia, Centrism is defined as “a political outlook or specific position that involves acceptance or support of a balance of a degree of social equality and a degree of social hierarchy, while opposing political changes which would result in a significant shift of society strongly to either the left or the right.”

Do you agree with Wikipedia’s definition of Centrism?

With time, the Unity Party will create its own definition of Centrism, and, more importantly, implement that definition.

Centrism in political thought is not often discussed in today’s world, which is odd considering over 60% of Americans would put themselves in that category. Unfortunately, people tend to categorize themselves based on left or right dogmas and forget the power of the balance that these two sides can create when they come together.

Centrism is deeply about unifying opposing viewpoints so that the majority of people are adequately represented. This doesn’t necessarily mean that everyone gets exactly what they want. That would be impossible. Instead, it balances the needs of the largest cross-section of society through common sense to create solutions that work and actually move us forward. 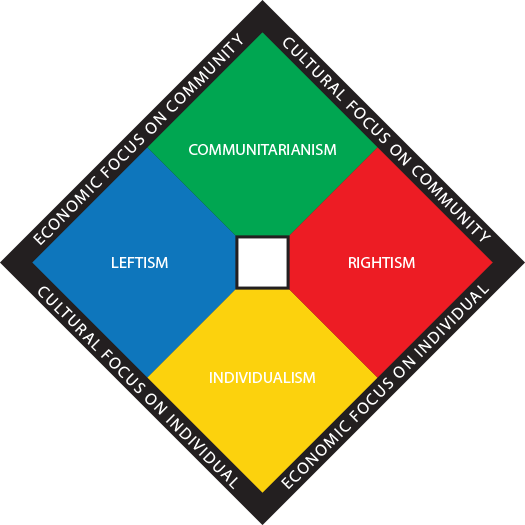 Social Forces – What community needs are there to ensure a level of protection that maximizes the quality of life for individual people throughout our communities?

Economic Forces – What forces are at work to maintain equal opportunities across the board while incentivizing people to participate in the economy at their best?

Community Forces – What social and economic policies create wealth, health, and resources for our communities?

Individual Forces – What social and economic policies allow someone to operate with freedom and sovereignty over their own life?

We need to balance all sides of these, not choosing one question over the others. Each of these are important to create great policy, even if you believe one is more important than the others, it doesn’t work to force that on to the whole community because that might not be what is actually best for everyone.

The Unity party supports confrontation not conflict. Conflict is a clash or disagreement, often violent, between two opposing groups or individuals while confrontation is the act of confronting or challenging another, especially face-to-face. Society has many different types of people and mindsets, this is what makes our country great. Without these differences we wouldn’t be able to grow. Unity supports the concept of disagreements with common end goals in a safe and constructive environment.